This morning I saw a colleague working in Git-Bash and the good-old-fashioned "windows command line" and I thought to myself, why doesn't he "just" use Windows terminal? So, I showed him Windows Terminal and he was impressed. First thing he asked then, was if it would be possible to add Git-Bash as a tab. Wel yes, I thought... and I immediately showed him how this can be done via the settings of Windows terminal. At that moment, I didn't realize that this would result in a blogpost 😉. I discovered pretty quick that there was a catch and in this post, I want to show you what I did, why it didn't work and finally, how you need to approach this.

All you need, or so I thought, is to add the exe of Gi-Bash to a new windows terminal profile. The idea is that I first found a suboptimal solution (out of a naive approach), which I'll explain first. After that I'll show the correct approach!

Finding the path to the Git-Bash exe can be done in 3 simple steps: 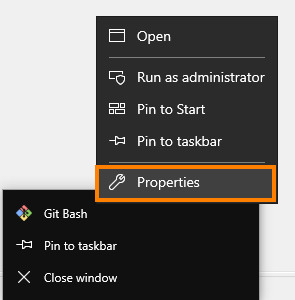 In my case, but almost always this value is C:\Program Files\Git\git-bash.exe (so you can save yourself the trouble work with this one)

Then, what you need to do, is open the VSCode settings, add a profile and fill out the fields (We'll first focus on the name for the profile and the path that we just found):

After that, we just have to validate our new profile by opening a new tab by clicking on the "downward pointing arrow" and and then on the newly created "Git-Bash" profile:

As you can see, the behavior is not at all what we expect as Git-Bash opens in a new window instead of a new tab! This is strange, but not a huge problem. After looking around for a bit, I discovered that there is also another set of exe's sitting in the folders next to the one containing git-bash.exe. It didn't take me very long to figure out that the correct exe that needs to be referenced is this one: C:\Program Files\Git\bin\bash.exe (This one is in a subdirectory of the initial one and does, to my knowledge, the same) 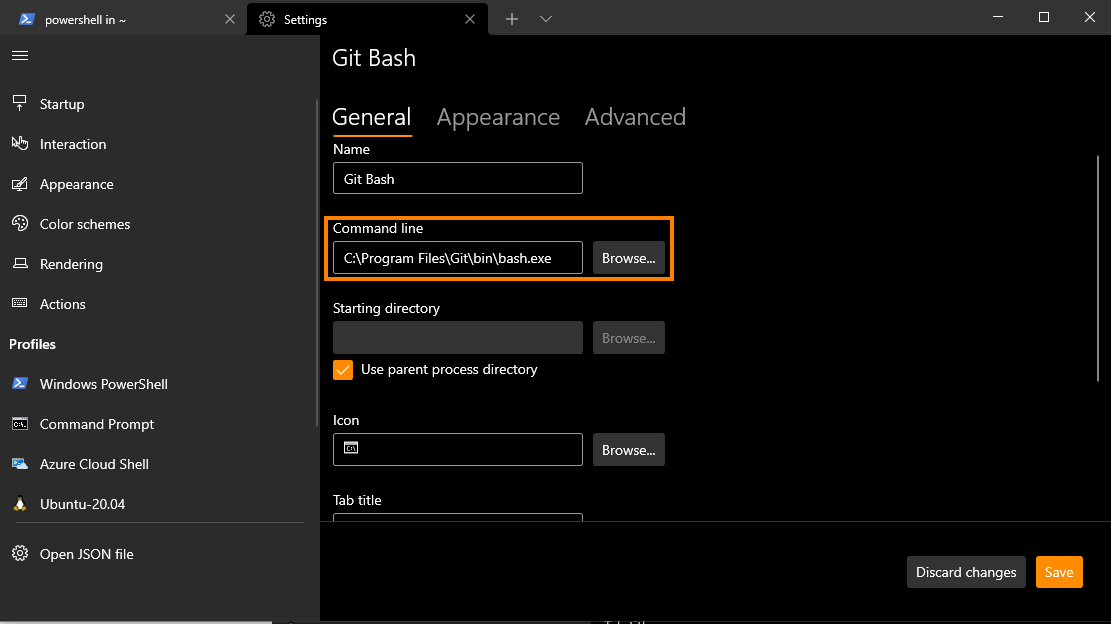 After hitting save, you can try opening the git-bash tab again and if everything was done well, then you should see the result as shown below:

This looks great! Only thing missing is the "icon" for Git-Bash. If you want to show this too (which I recommend for clarity), then you also need to fill out the "Icon" field. The value typically can be found here:

Also specify the working directory as it will save you a lot of time! (Typically, this is the location where (almost) all of your Git repo's are located ➡️ for me it is C:\Projects\Git)

And this is the final result:

if you want to reproduce this yourself, but prefer to do this via the settings.json file that manages all the VSCode settings, then you "just have to add" the lines below to the profiles list in settings.json:

And that's it! I hope that it helps!